Walk for Earth – the first steps 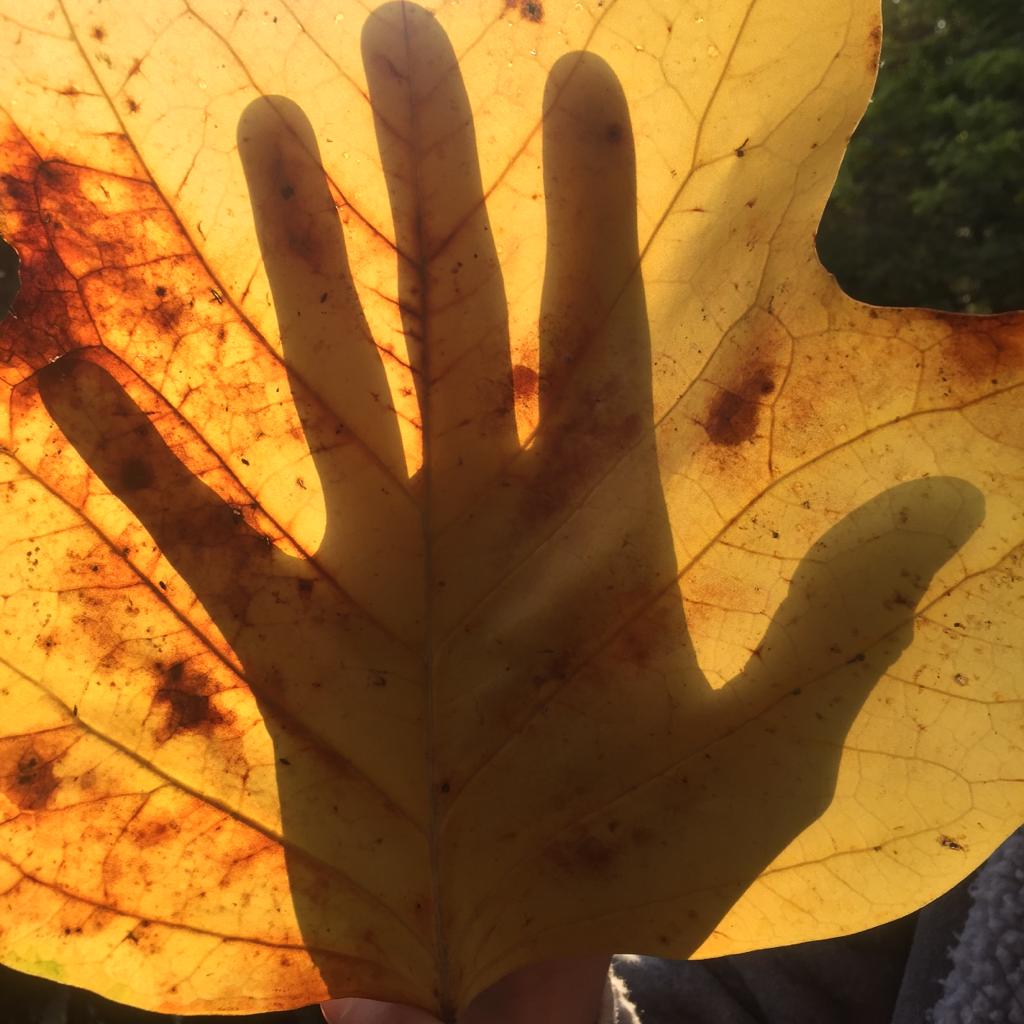 Hi, and welcome to the first post from Falco and me!

If you’re interested in why I’m doing this and how it all began, read on…

Since around 2015 I knew I wanted to do a long distance walk. What makes you want to walk out alone and not come back for a long time? I think humans, hunter-gatherers until so recently in evolutionary terms, carry that knowledge in our cells. Something about the act of moving forward at a walking pace, feet touching the ground, just being in relationship with the land we’re on, is healing. But in a technological, agricultural, anti-nomadic culture, the reason to walk is not so much survival of the physical body as it is integrity of soul. For me, it was about expressing with my body a deep love for the living world at a time when it is suffering collapse and extinctions. I also knew I wanted to walk with the things in me that felt broken and lost, in the hope that I could make myself again. I imagine if you’ve ever been on a pilgrimage you know exactly what I mean.

I was inspired by Polly Higgins’ vision for an ecocide law, and in 2018 we spoke on Skype about my idea for a Walk for Earth in support of Earth Protector Communities, the sister charity of the Stop Ecocide campaign that Polly founded; she was very supportive of the idea. Just seven months later Polly would no longer be alive. As I began planning the walk, my destination changed. I decided I wanted to go to the place where Polly was born and raised – near Loch Lomond in Scotland.

One of the hardest things about witnessing climate and biodiversity crisis is not knowing what the hell to do about it as one woman with one life. Frightening statistics can galvanise, but lasting change needs something else: the turning of human will in a new direction. Fear burns you out, so it seems to me that its contribution to keeping the will engaged can only ever be partial. We need joy, connection, inspiration and companionship to keep its flame alive. I find the vision of Earth Protector Communities helpful on that front. In their own words, they’re about “bringing together all stakeholders in local areas (villages, towns, cities) to openly and creatively participate in changing the way we live, learn and work together.” They emphasise collaborative groundwork: the practical things everyone can do to work together to change a culture from one that destroys the living world to one that protects it.

From the beginning, I knew I wanted the walk to be about an “us”. Mostly because my grief and feelings of powerlessness lessen when I think of people being together in a shared experience of collaboration in the face of climate change. Also because I’m aware of how woefully uninformed I feel in the face of bigger discussions around how to create change. I need other people to help inform and educate me, and to maintain a sense of momentum.

That’s partly why I wanted to involve people along the route. The experiences of small island states like Vanuatu in the Pacific Ocean are far away from my daily life, yet our UK coastal towns will also face sea level rise and the effects of severe weather. It seemed to me that two things were needed in my own engagement with climate breakdown: the ability to relate to the experience of people far away from me, and the ability to make a stand for the living world where I was. How do any of us do those two things at once? I think collaborative creative activity is one way of having a go.

Back to the walk. The severe lumbar prolapse I’d sustained in my late twenties was always going to limit my carrying capacity. About five years before that injury, on a walking holiday in Romania, I’d made a firm decision that the likes of us backpackers were some of the biggest idiots around, lugging so much weight on our already fragile spines when sensible people had a camel, donkey, mule, or horse to carry their load.

But when it came to the crunch, how far was I willing to go in faithfulness to that conviction? There was the small matter of finding an equine willing to do the carrying – not to mention building a relationship with it. My entire equine experience consisted of eight riding lessons aged 11 years old, the last of which culminated in a horse trying to kick me, and two hacks in my twenties where I’d felt out of control and scared. I started googling…

One of the first people I spoke to was the highly experienced Vyv Wood-Gee. She’d ridden thousands of miles and charted routes with her Fell Ponies in the UK. I told her I’d had a few riding lessons but no experience of equines after that. Her straight-talking realism was sobering, and yet she spent a good 45 minutes on our first call, willing to put her energy and time into levelling with me. I knew she was skeptical, but that somehow didn’t completely dampen a sense I got that she wanted me to succeed. While she did her benevolent and wise best to put me off, my desire to keep going sharpened.

Then I found Hannah Engelkampf, who was amazingly helpful. She mentioned Adam Lee, who had walked the length of Britain with his donkey Martin. Adam and I met in Liverpool in early 2019, and on the couple of walks we did together Martin did justice to his fine reputation, jumping a stream, clambering over fallen trees in Delamere Forest, and patiently soaking up the tactility of strangers.

Later in February I visited Keira Bentley, founder of the charity Mule Welfare UK. She introduced me to her two mules, and we walked them through a housing estate in Faringdon, me leading the littl’un. Shortly after this, I got in touch with Sarah Hemmings of the British Mule Society, and she invited me out to walk (and ride) with her mule Honey. Watching a buzzard carry off a rabbit above the treeline while sitting across the back of a mule is something I won’t forget in a hurry. I also learnt just how far I had to go in my own training when Honey ignored my attempts to ask her to stop, and walked into a barn with me still in the saddle, dodging obstacles hanging from the rafters inside.

That same month I started a conversation with Sari Maydew of ‘Mulography‘ fame, which resulted in a visit to Wales to see her and her husband Ben Moxon, writer for Horsemanship Magazine, and to walk with their mules – and a lot more besides. I took The Donkey Sanctuary‘s Stage One certificate in donkey care, and around the same time I met an extraordinary mule in need of a new home. This older, clever and fiercely affectionate creature paced his fields near Gatwick.

In March 2019 I took three riding lessons in Oxford with a gypsy cob, to help myself over the fear that was still in my system after my last frightening experiences with horses. By the third lesson I’d started to feel my confidence returning, and to allow in my body the flicker of wild delight that comes through communication with an animal who is bearing you aloft with ease and responding to your movements. We cantered for the first time since I was 11, and it made me want to ride on and on across the landscape, feeling the strength and power of this gentle animal in contact with my own.

With a message to Tom Lloyd of Fell Pony Adventures in the Lake District came a segue that led me to Kendal, and to the home of a couple who really knew how to take risks. The Pattersons welcomed me into their home in July 2019 without batting an eyelid, agreed to lend me one of their own Fell ponies for my walk, and let me experiment with walking him as a virtual novice – reluctant as he was. I returned to Oxford after three days at their farm, and by the following week I was back again, this time with Adam and Martin, for my first ever three-day camping trip, on foot over the Cumbrian fells with the Patterson’s pony carrying my gear.

I was almost ready to commit to him as my walk companion, but decided to continue my search. His habit of biting my bum when I bent to pick out his great feathered hooves might’ve had something to do with it. I joined Facebook groups and trawled through adverts. August passed, September began. My income was suffering, and I wasn’t sure if my life was about to fall apart or come together. Then I saw an advert for Falco, a 13.5hh, 5 year old mule for sale in southern France. It was crazy to think of: travelling all the way to Avignon and then some. It was expensive, it was risky. And it felt right. Falco had already been trained to do packing, and the photographs of him seemed to show both a zest for walking and a gentleness that touched me. I had an inkling we could get on. It helped that I speak French and have always loved southern France. So I booked a Eurostar. Falco arrived in Oxford in November 2019 and has been nonchalantly changing my life ever since. I’ll be posting a lot more about him in due course.

The month before I left to visit Falco I was sitting on the kitchen floor, on the phone with Jojo Mehta of the Stop Ecocide campaign. I was anxious about the scale of my vision for a textile project as part of the walk. I’d spent weeks already researching textile artists around the UK, having conversations with people and discussing budgets and materials. But nothing had stuck. I knew I could never pull it off alone. There was a silence, then Jojo said “You need to speak to Jaine Rose.” I met Jaine in Oxford the following month. One look at her portfolio (and a taste of her organisational skills) told me that Jojo was right.

In January 2020 I was lucky enough to be sitting around a table in Stroud with eight members of the Stop Ecocide team, maps, notebooks and home made cake, discussing how they could help support the walk. I sat on the train on the way back slightly dazed – I hadn’t believed this kind of support was possible.

Fast forward to November, and I’ve now been journeying with Monsieur Falco for a year. The coronavirus pandemic was one of the brakes on my departure for the walk in 2020, but it wasn’t the only one. It has taken me 11 months to be able to pick out my mule’s front and hind feet, never mind other aspects of handling. Before that point, if he’d got a stone stuck it could have lamed him: I wouldn’t have been able to get it out. Now I can. We’re working together better with every experience we go through. Falco has so much potential, and I can’t wait to strengthen our relationship in the service of Earth Protector Communities and the Stop Ecocide campaign.

Thank you for reading. Your support will make all the difference!